Don’t Lose What You Have 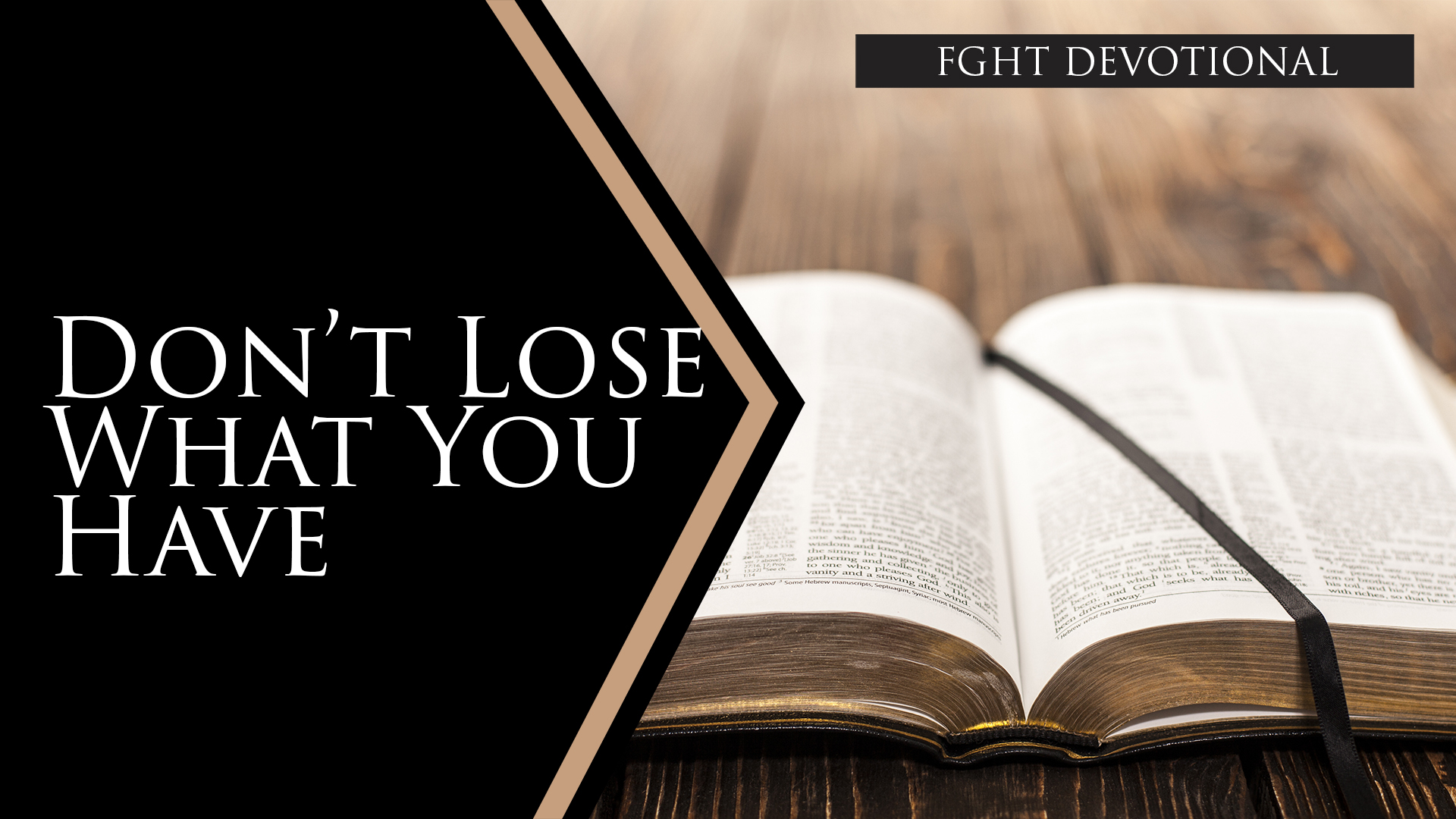 Samuel, the prophet, was a good judge and a faithful and powerful man of God.  Unfortunately, however, his two sons, Joel and Abiah, were not men of God as he was.  They took bribes, were greedy after money, and they perverted justice.   Their lousy behavior gave the Israelites an excuse for asking Samuel to petition God to provide them with a king.  The people did not fool God, however. His answer to Samuel concerning their request found in 1Samuel 8: 7-9, revealed that the people were simply rejecting God as their King.  God forewarned the people about how a natural king would treat them, but they refused to hear or heed His warning.  God, therefore, honored their request and gave them a King.  The God of the Universe chose the Israelites. He was their King.  On many occasions, He demonstrated His love, power, protection, mercy, and patience with them.  They had seen Him reign supreme over other gods.  There was none like Him anywhere.  Yet the people who should have loved, served, and clung to Him rejected Him instead.  So, at their request, they were given a king.  They got just what they wanted, but lost the relationship with God that they had.  People today are still losing what they have while going after something that they think they want.

Scenario:  A young man meets a saved young woman in the church.  While she was not the most beautiful woman, she had an excellent spirit, a sharp mind, and was loyal to him.  They got married, and he discovered that she was so much more than he expected.  She was an excellent cook, she perfectly managed the home, and she was a great mother to their children.

Then, Ms. Fancy Jane shows up at church.  She loved to be in the young man’s face, always straightening his tie and batting her long, fake lashes at him.  He had always wondered if he had what it took to “win” someone like her.  When she let him know how important he was to her, he fell hook, line, and sinker.  He left his wife, abandoned his children, and left the church for her.  About one month into his new “relationship,” he realized the great mistake that he had made.  The woman could not cook.  He discovered that she had no intention of keeping the house clean and always had her hand out for money.  She refused to work and slept every day until Noon.  He even suspected that she was unfaithful to him.  With sorrow in his heart and a hung-down head, he realized the tremendous mistake that he made in leaving his family and church.  He got what he wanted, but lost what he had.

Fortunately for this young man, he came to himself.  He went back to his wife and repented to her and God.  Both accepted him back.  Although his wife took him back, the young man knew that he would have to spend the rest of his life showing her and God that he was sorry for the pain that he caused.  It broke his heart to know how foolishly he had thrown away what he had.  He realized that he would never be able to undo the damage done, but he was willing to go to his grave, attempting to reassure his family and God that his faithfulness was real.

This message today is addressed to someone who perhaps made a mistake like the children of Israel when they rejected God for an earthly king.  Or it may be for someone who made a foolish mistake like the young man of our scenario.  Our God is a kind, loving, and forgiving God.  Even though it is true that all sins are ultimately sins against God, He is just and faithful to forgive us of our sins.  All He requires is repentance and a definite turning away from wrong.

1 John 1:9 says:  If we confess our sins, he is faithful and just to forgive us our sins, and to cleanse us from all unrighteousness.

God loves you, young man, or young woman, and He wants you to return to Him.  Even in those cases where you have done something that you cannot undo, God can make it work out for your good.  Run back to Him, and He will welcome you with open arms.  Cast all of your cares upon Him, for He cares for you (1 Peter 5:7).

Let us pray:  Dear Heavenly Father, we love and thank you for who You are in our lives.  Help us to appreciate You and Your sacrifice of Your only begotten Son Jesus so that we might have eternal life.  You are the best thing that we could ever have, and we desire to cling to You for eternity.  We choose You, Your Will and Your Way forever, Amen.