Have you Forgotten that Judgment Day is Coming? 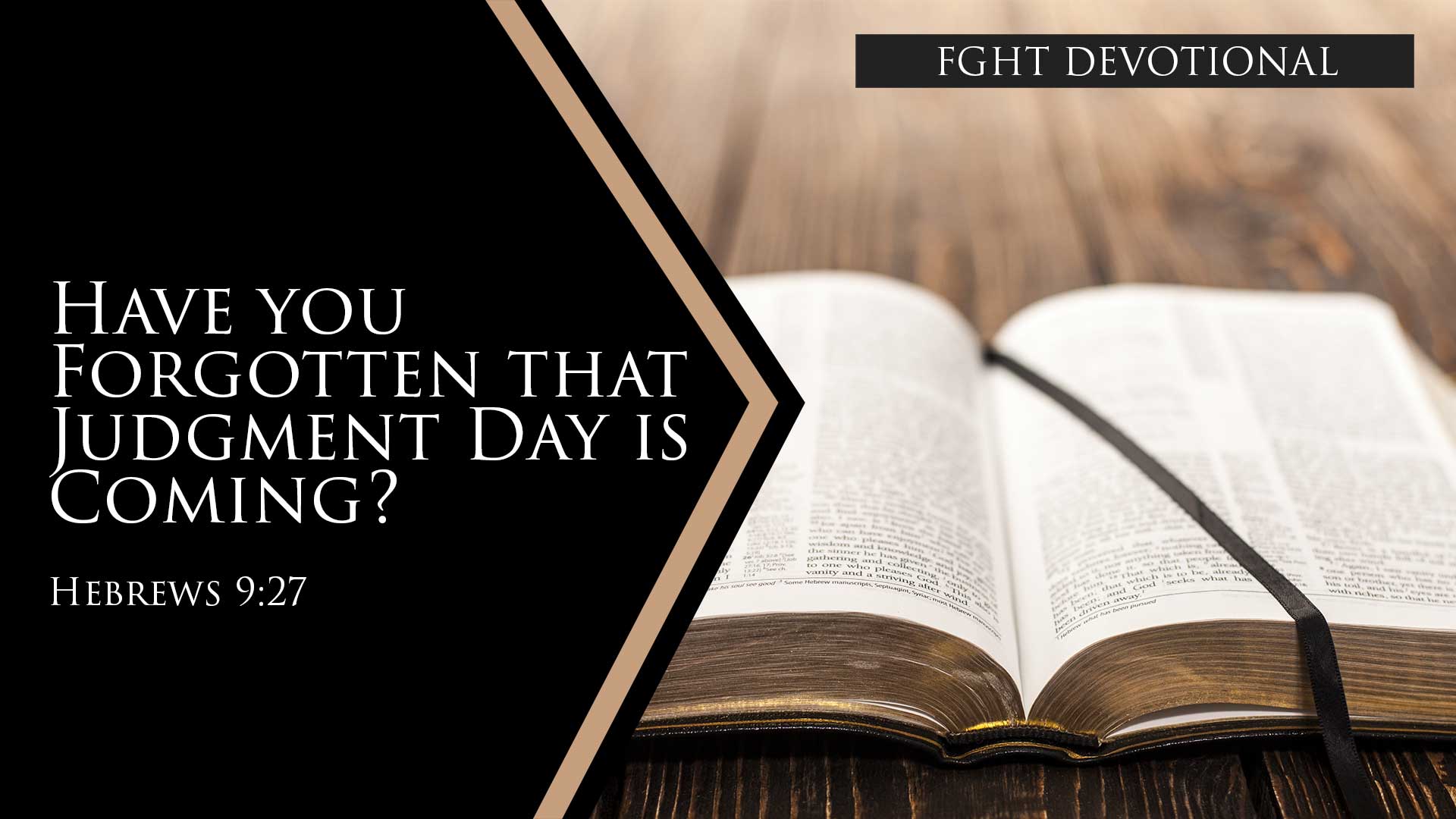 Someone might ask this question: “What is the meaning of ‘The Judgment’ ”?  The answer to that question is the single, most important answer of one’s entire life.  Whether saint or sinner, saved or unsaved, the Bible identifies what will happen to us after death.  The unsaved are sent to Hell, while the saved are received into Heaven.  Then, there is a judgment that will follow.

There is a trial that will be conducted by Jesus Christ Himself.  It is a judgment of the unrighteous and will occur immediately after the Millennium.  It will be a judgment of everyone who died without accepting Jesus Christ as their Lord and Savior.

Where Hell fits into the plan of the Lord

Another question is, “But where does Hell fit into the plan of the Lord?”  When those who are unsaved die outside of Christ, they leave this body and immediately go to a place of torment.  Hell is a literal place for Satan and his followers.  When mankind sinned through Adam, all mankind became destined to go to Hell.  It was the sacrificial death of Jesus that provided us an opportunity to avoid that awful place.

Revelation 20:11-13 (KJV)
11 And I saw a great white throne, and him that sat on it, from whose face the earth and the Heaven fled away; and there was found no place for them.
12 And I saw the dead, small and great, stand before God; and the books were opened: and another book was opened, which is the book of life: and the dead were judged out of those things which were written in the books, according to their works.
13 And the sea gave up the dead which were in it; and death and Hell delivered up the dead which were in them: and they were judged every man according to their works.

Today, many people do not believe that Hell is real.  They laugh at the idea that the Scripture’s description of Hell is accurate, thinking instead that the Christian attitude concerning Hell is “ignorant.”  In my opinion, one second in Hell will immediately change that attitude, but unfortunately, it will be too late to do anything about it.

Several Scriptures describe Hell, which help us become aware that this is a place to avoid.  Thank God that He gave His Son so that we could avoid it.  Several Scriptures follow, which provide a graphic presentation of Hell.

And the smoke of their torment ascendeth up for ever and ever: and they have no rest day nor night… (Revelation 14:11)

And fear not them which kill the body, but are not able to kill the soul: but rather fear him which is able to destroy both soul and body in Hell. (Matthew 10:28)

But I will forewarn you whom ye shall fear: Fear him, which AFTER he hath killed hath power to cast into Hell; yea, I say unto you, Fear him. (Luke 12:5)

And these shall go away into everlasting punishment: but the righteous into life eternal. (Matthew 25:46)

Who shall be punished with everlasting destruction from the presence of the Lord, and from the glory of his power.  (II Thessalonians 1:9)

And they shall go forth, and look upon the carcasses of the men that have transgressed against me: for their worm shall not die, neither shall their fire be quenched; and they shall be abhorring unto all flesh. (Isaiah 66:24)

(Speaking of Hell), Where their worm dieth not, and the fire is not quenched.  (Mark 9:44)

…Bind him hand and foot, and take him away, and cast him into outer darkness; there shall be weeping and gnashing of teeth. (Matthew 22:13)

The Son of man (Jesus) shall send forth his angels, and they shall gather out of his kingdom all things that offend, and them which do iniquity; and shall cast them into a furnace of fire: there shall be wailing and gnashing of teeth. (Matthew 13:41-42)

The wicked shall be turned into Hell, and all the nations that forget God. (Psalm 9:17)

And many of them that sleep in the dust of the earth shall awake, some to everlasting life, and some to shame and EVERLASTING contempt. (Daniel 12:2)

Then there’s the Lake of Fire

And then, as though Hell is not bad enough, the outcome is that the unrighteous will be judged for their sins and then cast into the Lake of Fire.  Rev. 20:15 describes the second death:

And death and Hell were cast into the lake of fire. This is the second death.

Judgment Day for the Saints of God

Now let’s talk about Judgment Day for the Saints of God.   Corinthians 3: 13-15 lets us know that there will be a judgment for the righteous during which rewards and gifts will be given based on the works done in the flesh.

Is the Lord pleased with your work?

Each of us who is living for the Lord must ensure that the Lord is pleased with our work.  We must be sure that our work is based on His will and not our own.  Imagine how sad it would be, for example, if God has gifts for an individual in Heaven based on the number of souls that we won while preaching, and that person spends his entire life singing in the choir.  Singing is good work, but if it is not the work that God intended, that work will not please God.    All we have to do is ask God what it is that He wants us to do.  We must seek God about His desire for our life to please Him and to receive our proper rewards.

A Warning for the Saints

There is a warning from God for the Saints of God concerning the importance of living for the Lord. That warning is found in the Book of Ezekiel 24:24

Saints, continue to live for the Lord