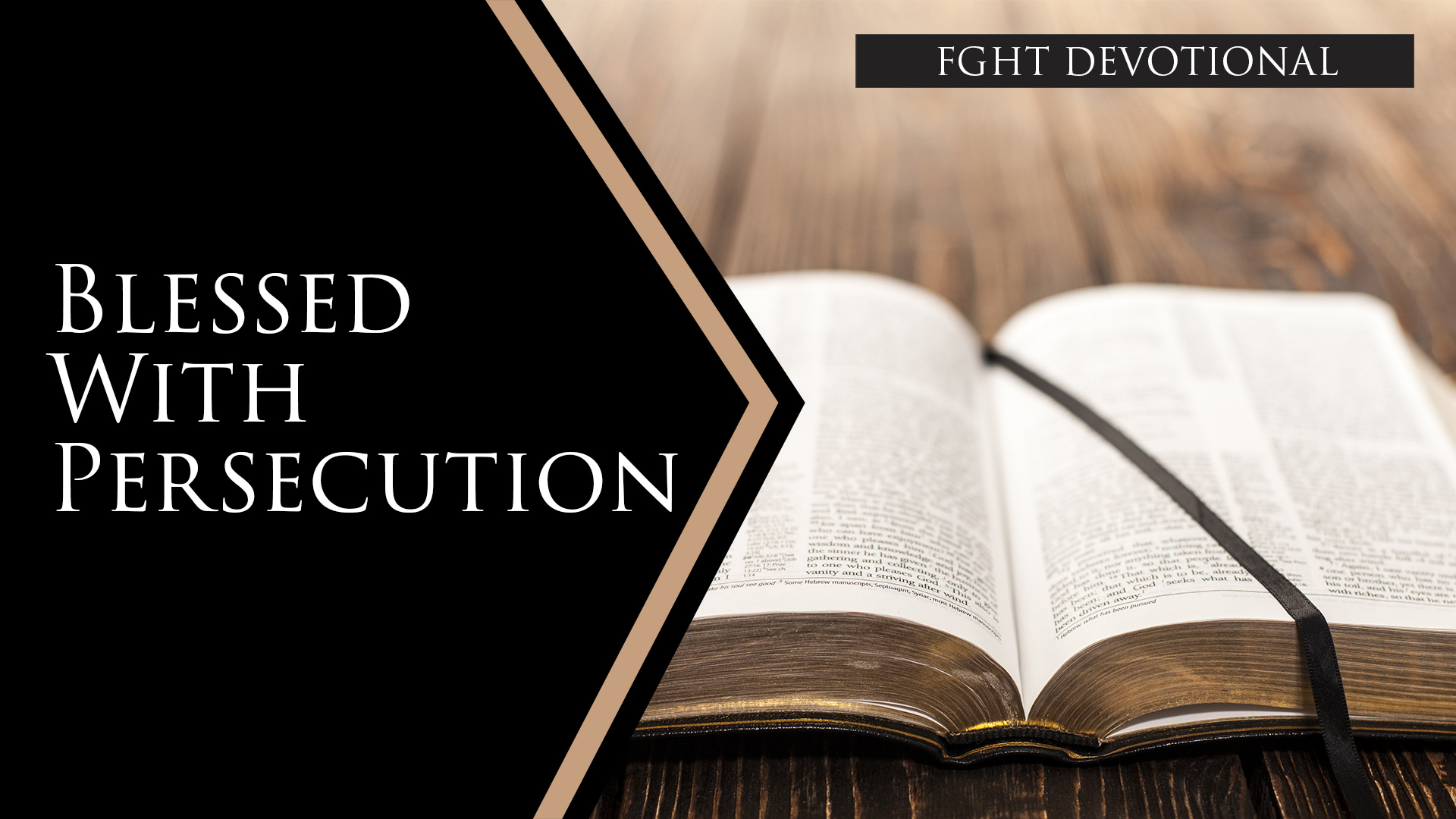 Blessed are ye which are persecuted for righteousness’ sake. For theirs is the kingdom of Heaven (Matt. 5:10.)

Living righteously is a requirement for humanity, for it satisfies the heart of God. Yet, we find that more people do wrong than those who do what is right. Could it be that the unrighteous are attempting to avoid persecution? No, probably not.  Deciding to be unrighteous rather than righteous is simply like men. But, whether or not men choose to live righteously or unrighteously, God’s goodness continues to flow daily upon the just as well as the unjust. Some blessings come with some displeasure. The key is maintaining a righteous temperament when displeasure arises. We all enjoy receiving blessings, but no one wants the persecutions that come with them.

The word blessing is defined as having God’s favor and protection. He sometimes utilizes blessings to show His favor upon one’s life. His word is transparent and unmistakable, telling us that with some blessings, persecution will be present. Many righteous believers have received earthly and eternal blessings but with severe persecution.

Persecution is the mistreatment of one person by another or the mistreatment of one group by another group. It is not praiseworthy because it is supported by discomfort and uneasiness. But, amid the heartache and pain it may bring, persecution for righteousness’s sake provides a way to know God in a special way. It is one of those things that can promote a richer connection with God.

God’s people have suffered horrors because of their desire to live a righteous life, and many have died. Apostle Paul and many of his colleagues suffered many persecutions. They were whipped, beaten, stoned, imprisoned, and even beheaded, but they held to their declaration of righteousness.  They were persuaded that faith in God outweighed the ill-treatment and were determined to embrace their beliefs strongly. Many things initiate persecution, such as hatred, fear, and jealously.

We may wonder why God might bless an individual and then allow him to be discriminated against. Well,  this could be a time of testing to see whether the individual’s love for God will remain. God could be working something out in the life of the individual, strengthening their relationship with God.

Being persecuted for righteousness’s sake entails accepting what God allows because “If we suffer with Him, we will reign with Him,” (2 Timothy 2:13). Christians who have developed a genuine relationship with God recognize that persecution has the potential for becoming passionately devoted to God. Although true Christians are some of the most persecuted people globally, they choose the path of righteousness rather than the unrighteous path.

Eternal life is for the righteous, and somewhere along the righteous highway, persecution will arise. Jesus is a blessing for all humanity, and in His kindness, love, and thoughtfulness for humankind, He suffered the horror of persecution, even unto death. Fortunately, even though Christ was persecuted to His death, all persecution does not encompass death.

When James and John’s mother asked Jesus for a special blessing for her two sons, He asked her a question, “Are they able to endure the persecution that comes with it?” He told her that they were not able to bear the persecution that would occur with her request. They would have had to pay a great price, which was beyond their knowledge and level of endurance (Matthew 20:22).

Neither receiving a blessing nor being persecuted is new.   Both have always been in the lives of God’s people. Jesus declared that His followers would be persecuted because they believed in His righteousness. If you are persecuted for righteousness’s sake, count it a blessing, remembering that it is nothing new. To be blessed with persecution for righteousness’ sake demands steadfast devotion to God despite the possibility of unpleasant outcomes.

Prayer is Key: Dear Lord, I thank you for every blessing that comes from you, whether with or without persecution. I ask for the strength to be blessed to continue to live a righteous life. I realize that persecution will come, but I also know that You who live in me are greater than the persecution. I pray this prayer in Jesus’ name, Amen.